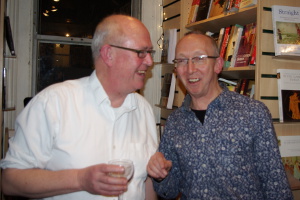 Our photo shows Peter with Jim MacSweeney, owner of Gay's The Word. 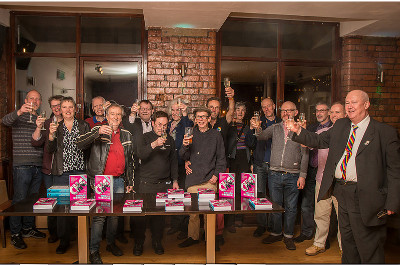 Amiable Warriors was launched on Valentine's Day, 14 February 2015, as part of the Festival of LGBT History in Manchester.

Peter-Scott-Presland gave the kenote address at the academic conference associated with the festival. You can read the text of his address here.